Running is one of those exercises that simultaneously sounds ridiculously easy, and challenging all at the same time, especially when you’re first starting out. I’ve been running off and on for a couple years now and only in the past couple months have I felt like I’ve finally unlocked the key to a successful run. In this video I share five running tips for beginners aka what I wish I knew when I was first starting out running. First let’s talk about gear truth is gear is subjective and it might take a bit of experimenting to figure out what works for you including the gear that I’m about to talk about. That being said, the two pieces of gear that I wish I had from the very beginning are A) a good pair of running shoes and B) my flipbelt. Shoes, like feet, come in all different shapes and sizes. Some are built for a high arch, some are built for trails, some are built to mimic the bare foot.

You name it, there’s a variation of running shoe for it. Therefore, shoes that work for me might not work for you and vice versa. But that being said, there are a couple things to keep in mind when you’re picking out a shoe if you’re going to be running in it. Can you wiggle your toes? You should be able to. Is your foot snug? It should be, but not too tight. Do you over pronate or under pronate when you run? If you’re not sure about how your feet actually move when you run, I highly suggest going to a specialty running store near you to get fitted for a shoe.

It might cost a little bit more, but there they can stick you on a treadmill and actually record how you run and then they can stick you in a shoe that’s personalized for you and your feet. Alternatively, in the description bar of this video, I’ve linked a personal shoe quiz where you can find out what shoe might work best for you. Let’s talk about the flipbelt. Before I had this thing, I would struggle to find a place for all the things that I carry when I run.

Granted, I don’t really carry a lot, but things like my keys, my ID, and phone are things that I like to keep with me even when I run. Arm bands were often too small for my Galaxy s7 Edge, way overpriced, and usually didn’t even have a spot for my keys. Workout clothes very often don’t come with pockets (WTF sports clothing industry) so I got very familiar with the sensation of foreign objects being stuffed down my sports bra as I ran (which, by the way, I don’t recommend, because ouch). After doing a bit of research, I came across the flipbelt, which I ordered almost instantly.

It’s a belt that you wear when you exercise that has snug pouches all the way through it. The pouches are big enough for my phone, snug enough to keep my ID and other cards in place, and it even has a clasp to hang my keys on as I run. It doesn’t slide up my body as I run, even with my current 10 inch difference between my waist and hips, and i’ve never lost an item to date, knock on wood. For reference, I ordered a size small in the aqua color, and I feel like it fits perfectly for me.

I’ve linked the flipbelt in the description bar of this video if you want to get one yourself. And I swear this isn’t a flipbelt commercial, I just wish I got one sooner. The second thing I wish I knew when I first started running is actually about food. It took me forever to figure out what and when to eat before I went on a run. Should I eat a big meal? Should I eat a snack? Should I eat anything at all? When should I eat? etc. The truth is, like gear, its kind of subjective. For me personally, I find that there’s two things that work really, really well for me. The first is a short, fasted run first thing in the morning.

If I’m running without eating anything, I generally can’t go for a very long time, and it pretty much has to be right when I wake up, otherwise I get extremely light headed and nauseous. But after a fasted run in the morning, I’ve actually found that I have quite a bit of energy, and it makes me feel extremely productive and ready to take on the day. The second thing I found that works really well for me is having a light, carb-rich snack somewhere between 30 and 60 minutes before a run. Usually for me this means a banana or an apple or something of that variety. I found that a light snack gives me a good amount of energy to power through cardio, but it doesn’t make me feel sick or heavy like a large meal would. 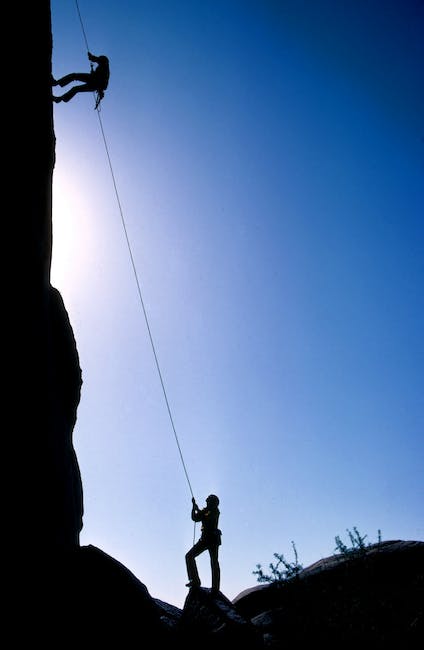 The third thing I wish I knew when I first started running were what apps to use. As a beginner, all of the apps that are available for you to use can be really overwhelming, and it’s difficult to figure out which exactly you’ll actually end up using. For me personally, there are three apps that I use frequently that I wish I had from the very beginning.

Keep in mind, I’m running android, and these apps might be different on iOS and/or be better or worse on one platform versus another. The first is called Runtastic. Truth is, Runtastic is one of the millions of tracking apps that tell you your pace, gives you a map of where you’ve gone, give you audio cue to let you know how many miles or kilometers you’ve done, how many calories you’ve burned, and so on and so forth. I really enjoy the simple, easy-to-understand interface, and I’ve never had any bugs or issues pop up with this particular app when I’ve had those things happen frequently on other tracking apps.

The second is Couch to 5k. If you’re wanting to start running when you have absolutely no running background, this app is for you. This app essentially takes you through intervals of jogging and walking to slowly build up your endurance over the course of a couple weeks. It’s very easy to use, very simple to understand, and it’s a godsend if you’re just starting out. The third is Zombies, run! Zombies, run! is a unique app that is basically an interactive podcast that you listen to as you run. The premise behind it is that there’s a zombie apocalypse that is occurring, and you’re one of the runners for a small township that is trying to stay protected from the horde, and you have to collect virtual items for the township as you run.

Basically, you’re running from zombies. It’s a fun app that turns running into a real-life game that you’re trying to win instead of a chore that you have to do. The last two things I wish I knew when I was first starting out running kind of go hand in hand, and they are pace and motivation. When you’re starting out running for the first time, it’s really easy to jump the gun and start running at an above average pace, especially when you might not be familiar with what your own personal average pace is.

But after a couple blocks, if you’re running too fast, you’ll feel that burn in your lungs, your heart racing in an uncomfortable way, and it will feel impossible to catch your breath. Then you’ll slow down, stop, try to breathe, and feel so frustrated with yourself and defeated because you thought you were stronger than that. If I could go back and tell myself one thing, it would be to slow down. Take notice of how fast you’re moving when you’re walking a brisk walk, how easy it is to hold a conversation. Very slowly, increase your pace to the lightest of jogs and get comfortable with your body moving at that pace. Breathe. Instead of trying to go at a lightning fast pace, try focusing on how far you can go instead.

And the hardest part about running isn’t even your leg giving out, or the sweat pouring down your face, or your earbud popping out in the middle of it all; It’s your body telling you to stop, and that it’s too hard. My trick around this is to tell myself “Oh, I’ll just take a break at the end of this song.” and then when the song ends, I’ll tell myself “Oh, I can make it to that light pole up ahead.” and then when I get there, “Oh, let’s just get around the corner of this block first, and then we’ll take a break.” The truth is, my body always tells me I can’t do it, and every time I try my hardest to tell it that it’s wrong. Sometimes it doesn’t work, and that’s okay too. At the end of the day, when I finish a run, no matter how far I went or how it goes, I feel proud of myself because at least I proved that I could get up and move. At the end of the day, running, for me, is the embodiment of me telling my body who’s in charge, and that I won’t stop until I say so Alrighty guys, so I hope you enjoyed this video! If you did, make sure you give it a big thumbs up, and subscribe if you haven’t already.