How To Read Anyone Instantly – 18 Psychological Tips

Brainy Dose Presents: How To Read Anyone Instantly – 18 Psychological Tips When we are meeting someone for the first time, we are bombarded with information. It can be hard to work out what kind of person they are. That’s why it’s important to understand HOW we communicate. According to experts, 55% of what we convey comes from body language, 38% from the tone of voice, and only 7% from what we actually say. This means that when we meet someone for the first time, we have to take into account these three factors – in addition to what a person’s appearance may suggest. So, if you want to gain insight into someone’s personality when you first meet them, pay attention to the following clues – starting from the head down! Number 1 – Eye Contact They often say that the eyes are the window to the soul.

The key to knowing which kind of eye contact someone is giving you, is to consider the context. For example, if a person literally can’t take their eyes off you, it could mean there’s a romantic interest. On the other hand, when you look someone in the eye, and they can’t bring themselves to look back at you, it’s a sign that they’re either nervous, or they’ve got something to hide. That said, if you’re talking with someone whose stare is making you squirm – especially if they’re very still and not blinking – something is definitely up, and they may be lying to you. Number 2 – Eyebrows If you want to see how comfortable a person is, take a look at their eyebrows! There are three main emotions that make your eyebrows go up: surprise, worry, and fear.

Try raising your eyebrows when you’re having a relaxed casual conversation with a friend. It’s hard to do, isn’t it? If someone talking to you raises their eyebrows, and the topic isn’t one that would logically cause surprise, worry, or fear, it’s a sign that they’re feeling pretty uncomfortable. Number 3 – Lips These days, more and more people plump up their lips with Botox injections.

But it turns out, that those with lovely full lips are deemed to be childlike and immature. These baby-faced people may also be judged as naive and submissive. On the other hand, thin lips are deemed to be distinguished. They are associated with intelligence and determination. Number 4 – Smile When it comes to smiling, the mouth can lie, but the eyes can’t. Genuine smiles reach the eyes, crinkling the skin to create crow’s feet around them. People often smile to hide what they’re really thinking and feeling, so the next time you want to know if somebody’s smile is genuine, look for crinkles at the corners of their eyes.

If they aren’t there, that smile is hiding something! Number 5 – What They Say If you’re meeting someone for the first time, and all they do is talk about their wonderful better half or praise their work colleagues, chances are, they’re a pretty decent person themselves. Studies show, that the more people rate others as being kind, polite, loving and well-mannered, the more likely they are to also possess these traits. However, the reverse is also true. Anyone backstabbing and describing others as manipulative and nasty, is more likely to have these traits themselves.

It’s also possible that they have a history of depression or personality disorder. Number 6 – Paralanguage Paralanguage is nonverbal communication such as your tone, pitch or manner of speaking. Basically, it’s a fancy way of saying that you need to pay attention to how someone says something. For example, if someone is answering you in monotone, they’re most likely unattached to your concept and not interested. The use of sarcasm is another good example. When someone uses sarcasm, what the person means is actually the opposite of what the words say. So, pay attention to the emphasis they put on words and how they say it. It gives you a big clue as to what their true intentions are. Number 7 – Side Glance People that are warm and open to meeting you, will have their body facing you and they will look you in the eye.

On the flip side, if you’ve just met someone and they immediately glance away to the side, this is a subconscious body language sign that means they are looking for an escape. Number 8 – Frequent Nodding Nodding is usually a sign that someone agrees with you. But, exaggerated nodding may signal anxiety, about approval. When you’re telling someone something, and they nod excessively, this means that they are worried about what you think of them, or that you doubt their ability to follow your instructions.

On the other hand, frequent nodding could also be unconscious gestures that are cues for the other person to get a move on – just like when a person keeps looking at their watch or touches their car keys. Number 9 – Chin And Jaw When someone is trying to make a decision, they tend to rub their chin. They might be looking up, down, or to the side… It’s a sure sign that they are deep in thought. 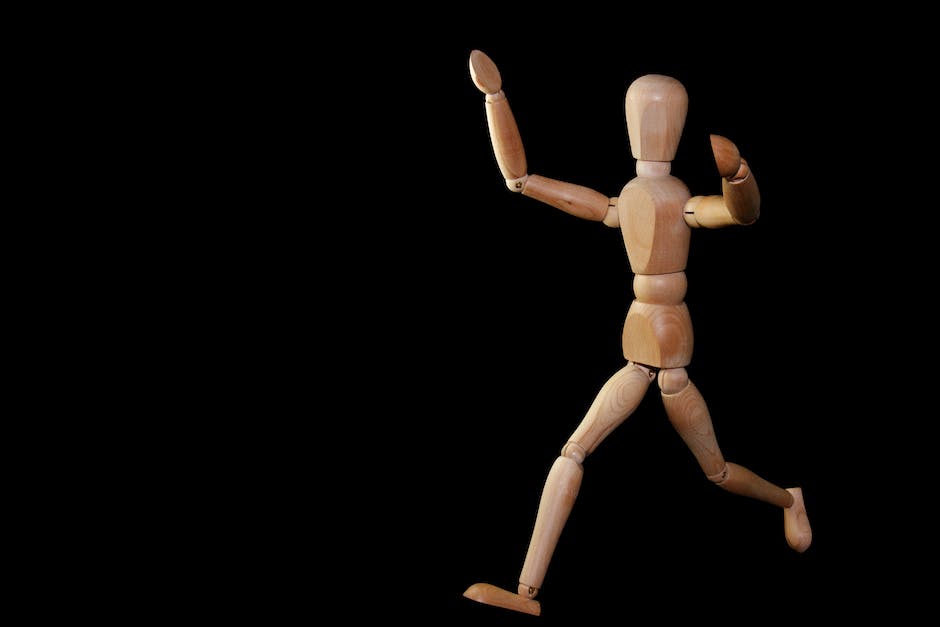 A clenched jaw is a sign of stress. Regardless of what the person is saying, this indicates a considerable level of discomfort. The conversation may be heading toward something they’re anxious about; or their mind may be elsewhere, and they’re focusing on the thing that’s stressing them out. Number 10 – Posture How someone carries themselves can give you some indications about their self confidence. For example, if someone is walking upright with their shoulders back and looking straight ahead, that gives the indication that they feel good about themselves and have confidence. However, if someone is slouching over and looking at the ground when they walk, that gives a much different impression. It may not necessarily mean that they have low self-esteem, but that’s the message it gives off. Number 11 – Rubbing Hands It is believed that the hands broadcast what the head is thinking. When a person is rubbing their hands together, generally it means that they have a positive feeling about something.

People usually do this when they are hopeful about something good coming up in the future, and they’re excited about it. Number 12 – Handshake You can tell a lot by a person’s handshake. Soft and flabby – and they are likely to be submissive or a pushover. Too hard and crushing – and they are possibly domineering types. The length of time is also important. Too long and it’s weird, but too short could indicate some form of conflict. It’s possible that the person does not want to make a deep connection with you.

But, it could also mean that they don’t have much time. Number 13 – Leaning In, Or Away If a person leans in toward you, it’s a clear indication that they are interested in what you have to say. What you might not know, is that it’s also a sign of respect. When people come closer and lean in toward you during a conversation, it shows that they want to confide in you. It makes you feel trustworthy and valued. If someone leans back however, they show that they are tired of the conversation, or perhaps they feel uncomfortable for some reason. Number 14 – Holding The Baby Ok…this might seem like a strange one, but it’s good to know.

If you’re meeting someone for the first time, and they just happen to be a new mother, look at what arm they use to hold the baby. Studies show that happy moms tend to hold their babies in their left arm. While stressed and depressed mothers usually hold their babies in their right arm. Number 15 – Crossed Arms And Legs Have you ever had a conversation with someone who crossed their arms or legs while you were talking to them? If you’re on a first date, or if you’re trying to pitch someone a new idea, it’s not a good sign.

Crossed arms and legs are physical barriers that suggest the other person is not open to what you’re saying. Even if they’re smiling and engaged in a pleasant conversation, their body language tells the story. Psychologically, crossed legs or arms, signal that a person is mentally, emotionally, and physically blocked off from what’s in front of them. On the same note, the direction of someone’s feet are also quite revealing.

A person that likes you, will have both feet facing in your direction. However, if their feet shift toward the door, it means they’ve had enough and want to leave. Number 16 – Shoes A person’s shoes can tell you a lot about their personality. Apparently, we all make judgments about people’s shoes, but studies show that they are pretty accurate. – Nervous people will have new or very clean shoes – Amiable types will wear practical shoes – Calm people have an affinity for uncomfortable shoes – And aggressive people wear ankle boots Just take a look at your own shoes.

Does your personality type fit in with them? Number 17 – Overall Appearance How someone dresses and presents themselves can say volumes about them. If the person has their hair in place, their clothing pressed, and they show attention to style, they may be very detail oriented. Someone with a more casual wardrobe or “bed head” might be creative, or just messy. And then take someone who looks unkempt and smelly – they could simply be a really lazy person. Number 18 – Copying Body Language If you’ve never tried to read people before, this is something you probably haven’t noticed. But, pay close attention to it in the future, because when someone mimics your body language, it means they feel so good about you, that they want to harmonize with you. It’s a sign that the conversation is going well and that the other party is receptive to your message. This is done unconsciously – as no one walks around with the intention of outright copying someone. But when we’re comfortable with people, we have a tendency to do what they do. Some of us are pretty good at reading the signs that people give off.

While others are so bad, that they need the other person to come out and straight-up tell them what’s on their mind. Reading people isn’t easy, but if you can do it, it’s a fantastic skill to have. Of course, everyone is different, so interpreting their words and actions may or may not always be accurate. But hopefully, with these tips, you’ll be well on your way to becoming better at reading people. We want to know what you think! When you’re meeting someone for the first time, what’s the first thing you usually notice about them? Let us know in the comments below. If you enjoyed this video, give it a thumbs up, and share it with your friends, so we can keep making them. For more videos like this, hit the SUBSCRIBE button, and remember to click on the notification bell. Also, be sure to check out our other videos as well. Thanks for watching! .