All right, you guys. Today we’re going to be doing a lower ab strengthening workout. All right, you guys. Today we’re going to work on our lower abs; strengthening them. Which can be a tough area for a lot of people. That seems to be one of the biggest questions I get when I’m in the gym. So I’m going to show you five of my favorite lower ab exercises to help you strengthen, get that muscle activated, and working. Okay, we’re going to start with a Swiss ball crunch. Any size of ball will work. Preferably, maybe this size or a little bit smaller. So what you’re going to do is you’re just going to put your foot on the top, middle of the ball. Think about pushing your heel into the ball as you’re bringing it toward you, and think about rotating your hips up, toward your face. So you’re kind of rotating your pelvis up. So I’m lifting, and just rotating my pelvis up, and you can really feel that lower ab area is doing all the work.

You don’t really want to do a ton of reps, especially if you have a weaker core system at the bottom. So maybe do anywhere from five to seven. You’re going to do the same thing on the opposite leg. Take just a 10 second rest in between. Once you’ve done that then you can put both feet on and then you’re just going to do the same motion, but with both feet on the ball.

This is a great one I usually do every time I go into the gym. No matter if it’s a core day, or not. It just helps activate, and get my core awake, and basically activated so with the rest of my workout I’m ready to go and I know I’m not going to compromise my lower back. Okay, so once we’ve finished those we’re going to get rid of that guy, who doesn’t roll back here. Next we’re going to go into tricycles. I really like these. You’re just going to start on your back, and you’re just going to sit up, raising one leg up. So once again, we’re really thinking about that lower ab that’s going the work.

So you’re just going to speed it up a little bit. These can be tougher, like I mentioned, for a lot of people. So you can do anywhere from 5 to 15 reps, depending on your fitness level. Boy, I can really feel it right in through here. So that’s a great one. Next we’re going to move to a butterfly sit-up. So with these you’re just going to think about putting your feet together, your hands are going to go back, over your head, and then you’re just going to sit straight back up. Think about rolling the core down, and pulling on the way up. So on the way down you’re going to feel everything working, but to get that back up. You’re really going to feel that lower core is primarily doing most of the work. 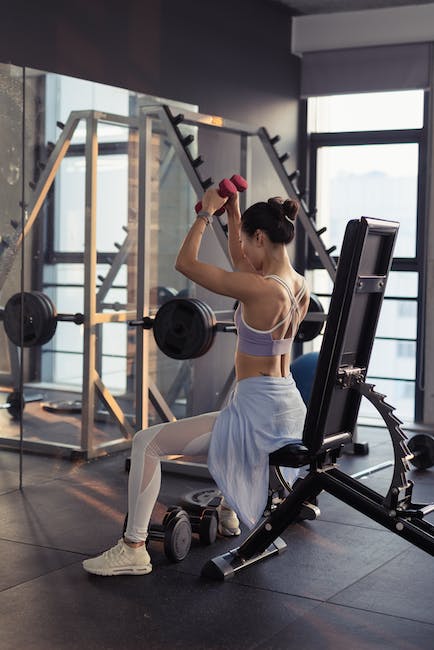 And up. Even to make it a little harder, sometimes if you hold your hands together it makes it even tougher. So once again, if you’re only able to do a couple reps initially that’s okay because you’re strengthening. These take a little bit longer to strengthen, so just be patient. Just take your time with these. Our next exercise: sit up, v-up, crunch. So with these you’re just going to start with your feet together.

Hands over your head. You’re just going to sit straight up, go back down, rolling the core on the way down, and up. Then we’re going to go into a v-up crunch. Then we’re going to start that sequence over again. And up, v-up, crunch. And it really doesn’t take many sets of these for that lower ab to really start burning. Yeah, really pulling down here. Weighted v-ups. Like I’d mentioned, you can start with a light weight and move to a heavier weight the stronger your lower core gets.

So initially the way that I do these is, maybe the first two, or three I’ll keep my feet on the ground just to get a sense of what I’m doing. Kind of get things moving. Then I’ll try to keep my feet up and reach from my feet that way. With the dumbbell, don’t let it go too far over your head. So legs can be here, keep it here and lift. Lift. Lift. So it’s a shorter movement, but it’s a tougher movement. All right, you guys. Stay patient with these. I know some of them can be a little tough at first, like I had mentioned, but it’s really critical to focus on those lower abs. really try to get them strong because it really does help if anybody has any lower back issues.

It really protects you in anything you do in your workout. Okay, you guys. Hey, check out ATHLEANXXforWomen.com for all your fitness and nutritional needs. Make sure you subscribe, hit the like button, and leave us comments, and I’ll see you guys next time. .