Gentlemen, today we’re sharing with you 5 subconscious signals of body language that will help you learn how to read people with ease. And of course… When we say people, we’re specifically talking about women. But these tips will help you read anyone, and can help save you time trying to figure out how you’re holding up your end of a conversation. And since you can sometimes be your own worst enemy while searching for the signs… …we’re also going to be sharing the #1 thing you should avoid when trying to read people. 5. Keep Your Eyes Peeled For all you cannibals and undead guys out there, this tip is not what you’re thinking. Nope, the #1 thing you need to do when figuring out how to read people is to always pay attention to their actions. Because the old adage “Actions speak louder than words” really does have some merit to it, especially when practicing how to flirt with a girl.

One of the easiest ways to spot the common signs she’s flirting is by paying attention to her face. Her face will give you TONS of information on how she feels about you and what you’re saying – and she won’t even realize she’s giving you the information. That’s because one of the subconscious things us humans do in social situations, Is give away our feelings in the form of micro expressions. And if you don’t know how to notice them, You’ll miss out on some subtle clues that will really help improve your chances of getting a date.

So what, exactly are micro expressions? They’re little things you do with your face that occur sometimes as quickly as 1/15 or 1/25 of a second, usually in response to something said or done by someone else. For example, if you say something a girl finds unusual, she might scrunch her eyebrows and squint her eyes, then immediately revert back to her normal look. Or if you say something that turns her on, she might raise her eyebrows for a split second and grow a quick smirk. The key thing to remember when on the lookout for micro expressions is that they can tell you a lot about how the girl you’re talking to feels about you, Because you can adjust the way you navigate the conversation in response to what micro expressions she’s showing. But they’re not the only subconscious signals of body language you should keep an eye for…out 4. The Feet Don’t Lie The next time you’re talking to someone (guy or girl), pay attention to your feet and how you feel about talking to them.

Because there’s a pretty good chance that if you want to leave the conversation, at least one of your feet will be pointing away from the person you’re talking to. On the flip side, if you’re not super anxious to leave the conversation and want to keep it moving, One (or both) of your feet will be pointed towards the person you’re chatting with. And the thing is… Literally everyone you talk to does the same thing without noticing it.

And to be fair, it’s not just the feel that tell the story. If she likes you, her body will be turned towards you as well. So the next time you’re talking to a girl, pay special attention to not only the direction her body is facing, But also the direction her feet are pointing – especially if you’re standing.

If one of them is pointed towards you, it’s one of the telltale body language signs she’s attracted to you and wants to keep chatting. And don’t worry – she won’t even notice you glancing down at them… Unless she knows to look out for those micro expressions. Plus, she’ll be glancing down at your shoes herself to see if they’re clean… Because guess what: Women like clean shoes. And if yours are handmade leather dress shoes, she’ll DEFINITELY like what she sees. And by now you’ve probably realized that our sponsor for this video, Beckett Simonon… …makes some truly unique dress shoes that women are sure to notice – and they won’t cost you a fortune. Here’s why: Instead of having an entire warehouse full of shoes, Beckett Simonon’s shoes are designed in limited-run campaigns, Then made to order and shipped straight from the factory, Which means less overhead costs for them, and more savings for you, the customer. Check out the link in the description box of this video for a FANTASTIC discount… But act quick because it’ll only work a for a limited time.

So what are you waiting for? Check out Beckett Simonon and surprise yourself with how much they’ll improve your dating game. 3. Oh Crap, He Saw Me You’ve heard us say it countless times before: Confidence is a skill that takes time to build. And just like you may struggle with it, so do some women. Have you ever seen an attractive girl and ended up looking at her for a little longer than normal? Of course you have, everyone has. And in any of these instances has she looked up, only to see you looking at her… …so you frantically avert your eyes and pretend you’re looking around like, “Oh, that’s a nice ceiling.” A confident man will maintain eye contact while a shy guy will suddenly become interested in how buildings are constructed. And the same rule applies to women. And while it’s not one of the absolute signs a woman wants to be approached, It’s definitely a subconscious signal of body language that should tell you she might think you’re cute. 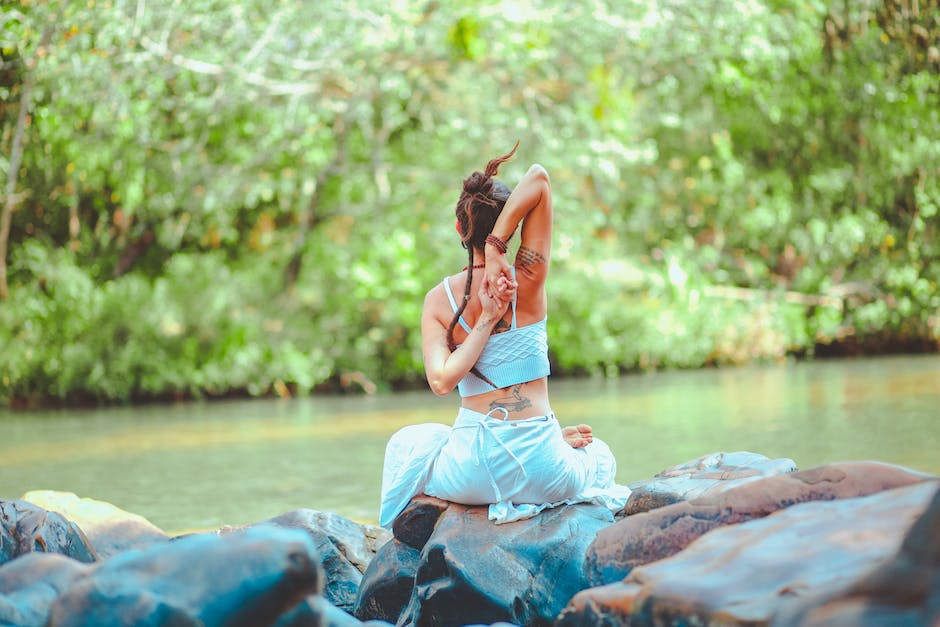 So what should you do in this situation? Well, if you’re at a bar or somewhere she’ll probably be hanging around for a while in, You can bide your time and sneak glances her way to see if she’s looking at you some more. If she is, you NEED to talk to her because she’s waiting for it. However, if you’re at some place where time is of the essence, like the grocery store, You only have a few seconds to say, “To hell with it” and start a conversation. And to do that, you’ll need 5 of the best ways to start a conversation with a beautiful woman. Follow the link to find out what they are. Just a quick break here to remind you that at the end of this video, We’re going to give you some advice on how NOT to read people, So you can avoid making women feel uncomfortable and ruin your chances. For now, let’s get back to the last 2 items on our list.

2. Get Silly Wanna know how to tell if a girl likes you? Say something stupid… Hear us out. If a girl laughs at your jokes, it’s a pretty good indication she’s into you and thinks you’re fun. And when it comes to attraction, women subconsciously use laughter to reinforce their positive feelings toward you… Even when you’re not funny. So the next time you get the urge to tell a GOOD joke with a girl you like, Try something a little more low-effort and see what her reaction is; Something dumb that most people won’t find funny under normal circumstances.

You see… If she likes you, you’re not dealing with normal circumstances, my friend. That’s because if your stupid joke – while not very funny – still gets her to laugh, She still WANTS you to think it’s funny because she likes you and wants you to know it. So don’t be afraid to get a little silly… It’ll give you loads of information about the subconscious signals she’s giving off. 1. Who Needs Friends? When you’re out with your buddies, they probably don’t think twice when they can’t find you… …that is, as long as you don’t have a history of getting into trouble. Guys are like that though. They realize their pals can take care of themselves and don’t really worry about where they’ve gone off to.

Women on the other hand are an entirely different story. When a pack of women are having a night on the town, they keep an eye on each other. And with how some guys treat women (and let’s be frank, handle rejection), can you blame ‘em? However, if you’ve found yourself chatting with a cute stranger, and her friends are nowhere to be found, You’re reading her correctly… She trusts you (as much as she can trust a stranger) and isn’t worried you’re dangerous. Furthermore, if one of her friends walks up and asks her how she’s doing, She’s secretly telling the girl you’re talking to that if she needs to get away from you, now’s her chance. And if your new love interest tells her friend she’s fine and doesn’t need anything, You’re doing great. Keep it up. The #1 Thing You Should AVOID While Trying to Read People Now that you’ve made it to the end of this video, it’s time for the one thing you need to avoid while searching for subconscious signals of body language… …that will guarantee you never get the chance to figure out how to tell if a girl ISN’T attracted to you…

…because you’ll have already blown your chances. When you’re chatting with a girl you find attractive and trying to read her, It can be easy to fall into the trap of becoming hyper-focused on what she’s saying and doing, Which can cause you to grow a look on your face that would make even a mother uncomfortable. It’s what we like to call The Serial Killer Stare… …and it’s a wide-eyed, unblinking look some guys get on their face when they focus too hard on something, For example, when they’re trying to maintain eye contact and forget to blink.

Not every guy is susceptible to the Serial Killer Stare, but if you’re the type of guy who gets it from time to time, You better find a way to relax your face FAST… Because you’re creeping her out. So there you have it, the subconscious signals of body language that will help you learn how to read people and the #1 thing you can do to ruin any chances you thought you had. Don’t forget to like and subscribe and check out some of our other videos for more helpful tips, that will turn you into the man you were meant to be.