Reviewer: Morgane Quilfen (dramatic music) (audience applauds) – Hi, I’m Lynne Franklin. I have one question for you. How would you like to be a mind reader? – [Woman] Yes. – ‘Cause part of me is thinking, “I bet your mind’s thinking, ‘That’s not gonna happen.'” Here’s the truth. People’s brains process information, they think, in three different ways. And their body language will tell you all day long what their primary style is.

You just need to know what to look for and what to do when you see it. And it’s not one of those where she’s leaning back, her arms are crossed, she’s frowning, so she must be unhappy. It’s actually understanding how their brains work and then presenting your information in a way that people can see it, hear it, and feel it and increase the chances that they’ll say yes to whatever you’re proposing and also decrease the chances that you’ll do something stupid, like this. Back in my 20s before I knew any of this stuff, I had a client who was a corporate controller, and he would sit across from me in meetings and he was always looking down with the occasional glance up.

And I thought, “Okay, well he’s a numbers guy. “He just feels comfortable looking at the numbers.” And then as time went on I thought, “Well, you know, “he’s just socially inept, “and he doesn’t know how to give me eye contact.” And finally, because I was young and stupid, I thought, “Every time he’s looking up, “he’s looking at my chest and I’m offended.” And there was one point I actually in a meeting went, “Excuse me, I’m up here.” Ooh, yeah, talk about judgmental. Here’s the scoop. This guy’s brain worked in a way that he was never gonna give me eye contact. And no matter how many times I modeled the behavior I wanted him to use, all that did was make both of us feel uncomfortable. So how can you tell? How can you read people’s body language to read your minds? We’re gonna show you right now. And that means I’m gonna bring out our first body language model, James.

You know, this is a chicken and egg thing. We’re not quite sure why lookers have thin lips, but most of them do. And the other thing about lookers is they give you lots of eye contact. Look at ’em, look at ’em, look at ’em. All of ’em, look at all of ’em. Thanks James. – Thank you. (audience applauds) – Okay, now that you know that James is a looker, here are the two things you do to build rapport with him. The first is that you give him lots of eye contact, because he literally believes if you do not look at him, you are not paying attention to him and you are ignoring him. The second thing you do with lookers is you give them words that have a visual component to it. I see what you mean.

Or look at this. Or let’s picture working together this way. So you use the type of language that is going on in James’ brain. Those are lookers, 75% of people in the world. Our next body language model is Marg, and Marg represents 20% of the people in the world. (audience applauds) Marg is a listener. What this means is that Marg’s brain thinks in words and sounds, in words and sounds. And this is the body language that you will see in a listener. First, Marg not as well-dressed as James, ’cause appearance is not as important to her. (audience laughs) Sorry Marg. Next, Marg has a tendency to look down and to the left, because that’s where you look when you’re remembering something you have heard. Next thing you’ll notice about Marg is that a lot of times she’ll put her head in her hand. It’s called telephone posture. Other things you’ll notice about Marg is that she has a tendency to mumble to herself.

Go ahead and mumble. (Marg mumbles) (audience laughs) And it’s not that she’s crazy. It’s that she thinks in words and sounds, so she’s literally talking to herself. Another thing you’ll notice about Marg, yep, she’s the pen clicker and the banger on the pen on the table. These are listeners, 20% of the people in the world. Thanks Marg. – Thank you. 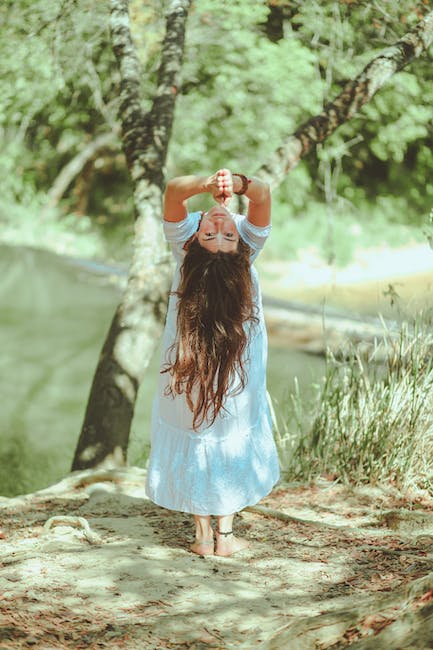 (audience applauds) – If you wanna appeal to listeners, you do two things. The first thing, you do not give them lots of eye contact, it freaks them out. That’s exactly what was going on with that corporate controller. So what you do is that when they’re speaking, you look at them and then you look away. And when you’re speaking, you look at them and then look away. The second thing you do with listeners is that you use words that are auditory. That sounds good to me. Or let’s talk this over. That’s the type of language their brain uses, so you’re using that to appeal with them. Listeners, 20% of the people in the world.

And our final body language model is Marina. And Marina represents 5% of the people in the world. Give her a round of applause. (audience applauds) Marina is a toucher. Not what you think. What that means is that Marina’s brain thinks in feelings and tactilely, in feelings and tactilely. And here’s the kind of body language you will see in a toucher. First thing and the biggest tell in touchers is whether or not they’ve ever met you before in their lives, they are ready to hug you. (Lynne laughs) Second thing you’ll notice about touchers is that they are dressed for comfort rather than style. Next thing is that they have full lips, give ’em big lips. (audience laughs) Same thing, I know, more touchers have full lips. Next thing you’ll notice about touchers is that they have a tendency to lean in, because they are trying to decrease the amount of physical space between you and them and build rapport that way.

Touchers also have a tendency to reach out and touch your arm when they’re in conversation with you. And touchers also have a tendency to look down, because that’s where you look when you’re remembering something you have felt. Thanks Marina. – Thank you. (audience applauds) – All right, you wanna build rapport with touchers, 5% of the people in the world, here are the two things you do. If you feel comfortable, let them touch you. (audience laughs) Appropriately, please. But if you don’t feel comfortable, because a lot of us if you’ve never met somebody before and they’re ready to give you a bear hug, the last thing you wanna do is is go, ’cause we’ve all done that, and it does not build rapport. So if a toucher is coming at you, and you don’t feel comfortable, stick your hand out. Give these people a point of contact with you. That’s what they’re looking for.

The second thing you do with touchers is you use language that either has a feeling to it or is tactile. So I wanna hear how you’re feeling about this. Let’s get in touch. Reach out and tell me what you think. That’s the kind of language that appeals to touchers, people who process information in feelings and tactilely. So I’m gonna read your mind again, and you’re probably thinking, “So which one of these three am I?” Let’s figure that out right now. What I want you to do is close your eyes, and remember an important memory.

Now this could be something from your childhood, maybe your 10th birthday party. It could be something that happened to you last week. So an important memory. Now I want you to pay attention to how you’re remembering it. Are you remembering it like a movie or a series of pictures and images? Are you remembering by hearing what people said or describing what happened? Or are you remembering it how you felt or how things felt to you? Okay, open up your eyes. How many of you remembered it like a movie? Right, most of you. How many of you were describing it to yourself, remembering what people said? Right, listeners. And finally, how many of you remember how you felt or how things felt to you? Right, now you know who you are. That’s the good news. Here’s the bad news. You’re gonna treat everybody else as though they think the same way. And you’ve already seen how awful that can be when you’re working with a corporate controller who has a different way of thinking. Here’s my invitation to you.

I want you to start paying attention to other people’s body language to figure out how they think. Because here’s the magic part of it. Once you start presenting your ideas in a way that they get them, they will say yes to you more often. But here’s the scoop too. I’m not asking you to become somebody else, because you can’t change how your brain works. It’s true, you think in all three ways, but just the way you have a dominant hand, you have a dominant style. You can’t change that. But what you can do is accommodate your language, both body and verbal, with the people you’re with in order to build rapport, which allows you to reach the full spectrum of people that you’re hanging out with.

And here’s the other magic thing. You don’t even have to be in somebody’s presence to figure out how their brains work. Interested? Right, all you need to do is listen to or look at the words they’re using. So if you’re in a phone conversation, listen for the words. If you’re reading an email, look at the words. People who are lookers will use more visual language. People who are listeners will use more auditory words, and people who are touchers will use more feeling and kinesthetic words. You don’t have to be in that same space to know who they are. So here’s my challenge to you. Go back and read some of the emails that you have sent, and you will notice now that you know who you are, the kind of language that you’re using, and it’ll back that up. It happens with everybody. So 10 minutes ago, you didn’t think you could read people’s body language to read their minds. And now you know what to do. So practice this stuff on the people at home or the people at work, and when you do this, when you use these tools to build rapport with all kinds of different people, you’ll become the most persuasive person in the room.