How Many People Can Earth Support?

As of 2015 Planet Earth is home to 7 billion people but the population is estimated to reach up to 11 billion by 2050. That’s an increase of 4 billion people in just 35 years. But researchers warn that planet Earth cannot sustain 11 billion people. Is this true? Is there a limit to how many people can reasonably live on planet Earth and if so what is that limit? Let’s find out. In the past 50 years the human population has increased exponentially. It took humans 150,000 years for the population to reach one billion, in 1850. Then only 100 years later in 1950 the population hit 2.5 billion. It then took just 60 more years to reach 7 billion. Astonishingly, at the current rate of growth, the planet’s population increases by one billion every 12 years. This phenomenal growth is mostly due to one thing, advances in medicine. The invention of Penicillin for example. But each and every one of those seven billion people requires a minimum amount of food, water, light, shelter, clothing, education, medicine and other things to live an adequate standard of life.

But food doesn’t come from nowhere, it has to be farmed and farming takes space, lots and lots of space. A staggering 40% of the Earth’s surface is now taken over by farmland. That’s a lot; when you consider that in the 1700s that figure was just 7%. But how much of that arable land is needed to farm enough food to sustain just one human being.

That number is 2.1 hectares. It takes 2.1 hectares of land and water to provide for the average human being. But that’s the average human and the world is far from average. The average European uses 4.5 hectares but America leads the world in food and water consumption. The average American uses 10 hectares of land. However the world only has 4.1 billion hectares of arable land and the vast majority of it that can be realistically farmed, is already being farmed. There is very little left to go around. Based on the worldwide average of 2.1 hectares for each person we currently need 1.5 Earths to sustain the current population of 7 billion. And that’s based on the average level of consumption. If the whole world, all seven billion people, lived at a European standard, we would need 3.4 Earths to sustain everyone.

If however, the entire world’s population consumed the average American quantity of food and water, we would need 5 Earths. So it’s fair to say, that we’re well beyond capacity, which partially explains why over one billion people worldwide don’t have access to regular food or clean water. It’s not the only reason, but a considerable factor. So how many people can the Earth sustain? Well, about one-third less than it currently is. The unfortunate truth is that for developed countries to live the way they currently do, the global consumption of food has to be unbalanced. Sadly, a vast portion of the population has to starve for the rest of the world to gorge themselves on a daily basis, because there quite simply isn’t enough food and water to go around. If you think that’s bad, it’s nothing compared to the problems we would face if the population doubled from what it is now. Currently one-third of all the food produced in the world on a daily basis is wasted.

It gets lost or thrown away. It is estimated that if we could be totally efficient and don’t waste any food, operating at maximum capacity, the Earth could support up to 10 billion people. But there’s a catch, to feed 10 billion people, not only would we have to stop wasting food but the entire world would need to go vegetarian. Farming livestock is a horrendously inefficient way to produce food. You have to grow crops to feed to the livestock. A significant portion of the crops produced today aren’t for feeding humans, they’re for feeding animals that will end up on our dinner plates.

So to feed 10 billion people this inefficient method of food production would have to completely cease. But that’s no fun, everyone loves chicken, well not everyone, some people really, really don’t like chicken. And then there’s health concerns, an entirely vegetarian diet doesn’t provide enough protein and humans are designed to eat protein, it serves innumerable essential functions in our bodies such as repairing muscles, making enzymes and hormones, and other things. Generally speaking, protein is a crucial building block of bones, muscles, skin, cartilage and blood. 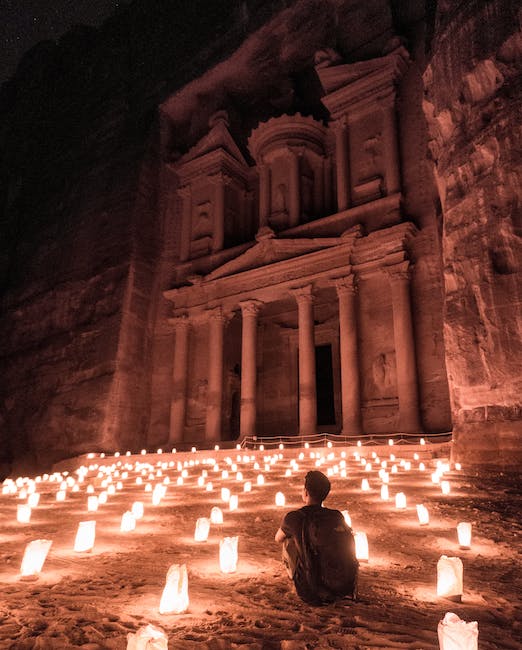 Normally vegetarians replace the lack of protein in their diet with foods such as eggs and cheese. But all those require farmed animals to produce on a large scale, so in a world of 10 billion people, those foods are no longer an option. That leaves very few sources of protein, mainly tofu, nuts and seeds. Can you just imagine trying to convince the whole world to eat only tofu, nuts, seeds, fruit, vegetables, grains and potatoes? Nope I can’t either, it just wouldn’t work. So what do we do? What’s the ideal solution? Based on current estimates the population in 2050 could be as high as 11 billion, way beyond what the Earth can reasonably support. There are three ways to solve this problem. One; reduce the population. Two; vastly reduce our consumption of resources. Or three; improve our current technology to make farming significantly more productive, so each plot of farmland produces double the amount of food it currently does. Doubling the productivity sounds like a lot but research has shown that is what would be required to feed 10 billion. So there is hope. Doubling our productivity sounds unachievable, but based on history it can be achieved. In the 17th century industrialised nations managed to triple their farming productivity by inventing new types of grain and mechanising farming techniques.

So who knows what the future of farming technology holds? It may not sound appetising but in an over-populated world we may even have to resort to eating synthesised food grown in a lab. But don’t start stocking up on tins of beans just yet. Sit down and chill, because there’s new research that suggests we may never get to 10 billion people. Statistics show that in the developed world the average number of children families are having is declining. But in Africa it’s increasing. This map shows the average number of children families in every country has. The average for most of Europe is 1-2 children, America 2-3 children and thanks to their controversial one child per family policy, China also has an average of 1-2 per family. Some countries in Africa on the other hand have an average of 6-7 children per family. Why is that? Well, it has little to do with a desire for more children. The main problem is a lack of contraception.

Over half of all Africans would like to use birth control but only 30% of the country has access to it. As you can see on this map of worldwide contraception usage, in many African countries only 6% of the population has access to or uses birth control. I’m by no means blaming Africans themselves for this; the problem lies with politics, economics and to a smaller extent education and commonly held religious beliefs surrounding contraception. So what’s the ideal number of children to stop the worldwide population spiralling out of control in 30 years time? 2.1 children per family.

That is what is known as the fertility “replacement level”. If the average number of children every family had in the world dropped to 2.1 then the population would never increase. Because two children is just enough to replace their parents when they pass on. If the whole world averaged 2.1 children per family the global population would stabilise at its current level. There is some proof that this is actually happening right now. The average number of children per family, globally, is decreasing. Studies by the United Nations show that the fertility rate in the majority of countries is slowly decreasing. So we may never reach 10 billion. Some optimistic estimates predict the population will stabilise at around 9 billion. If we be sensible about our consumption of resources and prevent waste wherever possible; then the Earth can absolutely support 9 billion people. Just. Who knows what will happen in 30 years time. But there are things we can do now to prevent a global famine in the future. We can help and education less developed nations and provide better health care and access to birth control.

Developed countries can vastly reduce their resource consumption and prevent waste and most importantly, we can care for and preserve the Earth’s natural resources instead of carelessly destroying them for profits. Because nature, more than anything else, is supporting human life, as we know it..