HOW MANY FREAKIN GENDERS – part 2 (feminism & my take)

This is about to get problematic… What’s up you guys this is part two of my How Many Freaking Genders video. If you haven’t seen that yet, you want to make sure to watch that first, otherwise this is going to be confusing, and it’s also like the entire premise of the argument that I’m going to be making today. I’m about to hop pretty far down the feminist rabbit hole, it’s actually really dark down here, *help* Before I begin, the first debate has been scheduled! It will be this Thursday, July 13th, I believe it is, from 1:00 to 4:30 P.M. Pacific Time. It’s going to be live on my channel and will be available afterward if you can’t make it live There are obviously people that I have strong disagreements with or who may see things differently And that’s the idea, to talk to people who see things differently. Let’s get down to business. The argument amongst feminists about what gender even is is heated as hell.

The debate is basically between two schools of thought, between liberal and radical feminists And there’s a lot more to these schools of thought than I’m going to talk about today I’m specifically going to be talking about their views of gender. Radical feminists argue that to be a woman is to be a female, or at least seen as a female, (only two), while liberal feminists say well no, to be a woman is to identify as a woman Genitals do not equal gender Multiple genders! I feel like I’ve been caught in the middle of this debate for years Here are the basic radical and liberal feminist arguments as I understand them When I think of the word “radical,” it makes me think of this cup, Or uh, this: Or this.

“Big Red”: Shut the fuck up. Feminists do not want you, shut the fuck up. Laci: *sigh* Radical feminism also refers to a specific school of thought “Radical” is Latin for the term “root” as in “the root of the problem.” Where do sexism and homophobia and transphobia stem from? Radical feminists say well, it all comes down to your sex.

Inequality stems from how people see your body, the assumptions that they make about you because of that How you should dress, who you should be who, you should love, all because of basically your genitals. And that is fucking ~stupid~. When it comes to gender, radical feminists see gender as a system that is imposed on you because of your sex. So, there are only two genders, but ideally there should be none. Gender starts with the roles and norms and stereotypes that are assigned and projected on to you whether you like it or not.

Males (sex) are supposed to showcase dominant traits in order to become masculine men (gender), while females (sex) are encouraged to showcase submissive traits in order to become feminine women (gender). And this system, the argument goes, creates a hierarchy between males and females that results in inequality. We see this inequality on an individual level, for instance in the case of sexual violence, but also on a systemic level. You know, for instance, the case of laws that force females to give birth, abortion laws. This system is sometimes referred to as “The Patriarchy,” which is a whole other topic for a different day. So the conclusion here and thus the activism by radfems is that we’ve gotta smash the patriarchy [smashing glass noise], like we got to get rid of this, this system was never built for equality. Okay, are you there? Are you awake? Are you following? This is where shit gets dicey. When you take the premise of gender as a system to one of its potential conclusions, you will find radfems who argue that “man” and “woman” aren’t ultimately things that we can identify as, they are things that the world identify us as because we’re male or female.

To be a woman, according to a radfem, says nothing about who you are, about your masculinity or femininity, how you like to dress, what your hobbies are, or even how you identify. To be a woman is just to be read as female by the world. The people who make this argument are sometimes called TERFs, or Trans Exclusionary Radical Feminists. There’s a lot to say about TERFs and I’m going to be going into it more deeply on the livestream. Let’s look back to this in just a sec. Liberal Feminism or third wave feminism tends to define gender in terms of an identity. Gender is how you see yourself, it’s how you understand yourself and express yourself in the world. And this, it’s said, has nothing to do with your sex. Being female isn’t what makes someone a woman, identifying as a woman is. I see this as a much more western, individualist approach to gender, where we celebrate individual freedoms and personal choices Because of this individualism, the number of genders is potentially infinite.

There is abemigender, adamasgender, aerogender, aesthetigender, This is like a fuck you to the gender binary, right? Which is something that pretty much all feminists in the abstract agree with. But where radical feminists say, okay well, let’s get rid of these categorical understandings of sex and gender, liberals feminists say well, let’s expand gender. And this is where all the new labels and the new pronouns and language comes in, it’s language that is meant to help people, you know, better describe their internal experience of gender, to move through the world in the ways that they want, to conceptualize themselves, in ways that are outside the box. 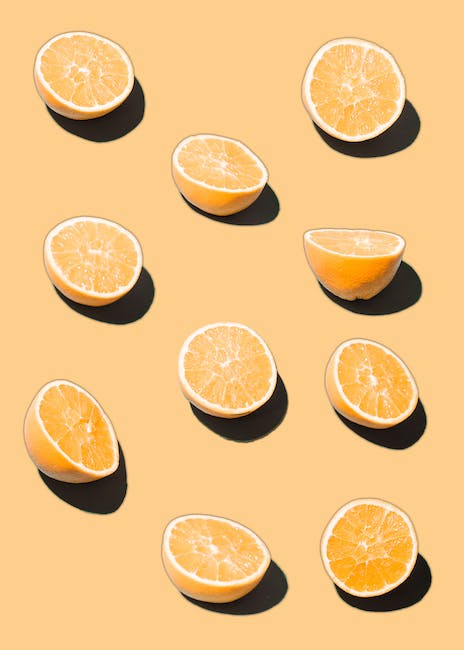 I’ll start with what I like about liberal feminism, and where I agree and how it’s impacted my work. I think the greatest strength of this framework is that it helps individuals to move through the system of gender, to be empowered, It tells people, you know what, you can do whatever you want you can be whoever you want to be and I’m a feminist, and as feminists we will support you in that. There’s a high currency on empathy and respect for individual experiences, it’s a beautiful thing! Supporting each other, being thoughtful with our language, that’s the liberal feminism I get down with. In the past, liberal feminists used to argue that sex and gender are two different things. And now liberal feminists are arguing that sex and gender are essentially the same thing. The core of this argument is biological sex is a social construct. What this is basically saying is, you know, sex is a spectrum, similar to gender.

There are females that can’t get pregnant, and males that can’t get body hair, and you can’t really tell someone’s chromosomes for sure by looking at them, therefore sex is subjective. Hence, the expectation that I’ve mentioned before, to remove all sex language from feminism. When feminists try to rhetorically erase sex from the conversation or to overcomplicate it to the point of meaninglessness, that is a facepalm for me. This is the exact opposite of what feminists have been fighting for for years. We have been fighting to have it recognized that our physical bodies and physical needs are different than males, and that these bodies do not say anything about who we are. Sex is male, female. It’s bodies, it’s physical stuff. Gender is man, woman, it’s cultural, it’s personal stuff. This is the crux of the argument, that transgender people’s gender is valid because it has nothing to do with their sex, that women should not be defined in terms of their biology. But we can’t make that argument if we can’t acknowledge that biology is real in the first place.

I don’t see sex! [disappointed humming] Here are a few examples from my life the past couple of years. I’ve read blogs and books where feminists regurgitate bunk science claims that trans women have “lady brains” that make them cry a lot more, be you know, into dresses. [Vintage Sex Ed Video]: Education passes into the mind of a man. See how the information is evenly and tidily stored. Now see the same thing on a woman. Still at a reasonably low level of education, her brain suddenly overloads. [canned laughter] [Laci]: This is the very argument that scientists were trying to make, you know, a century ago, to prove that females are inferior. Colleges are banning hugely impactful feminist works like the Vagina Monologues because it implies that some women have vaginas. Pseudoscience runs amok on feminist blogs where people now argue that males get menstrual cramps, too… And then of course there’s all the red tape around the words that you can and can’t say, things like understanding pleasure, you know, how your body orgasms. There are different STI risk factors for males and females.

There are different cancer screening needs. Contraceptive info, menstruation info, all about sex. The language is so confusing that it’s really bizarre and alienating to anyone who’s not a feminist. I also take issue with sexism, homophobia, and transphobia being marketed as feminism. On Twitter, I’ve watched as trans YouTubers argue with lesbians that they need to be willing to sleep with someone with male genitals, otherwise they’re transphobic. One of these YouTubers went so far as to advocate rubbing her dick and balls all over a straight guy’s face until he’s into it. Yeah, that’s not gross or creepy at all.

The rhetoric of “Your sexual orientation can change if you just have the right experience or open your mind” is literally the same argument used by conversion therapists and homophobes. Wha? And then there are the TERFs. Wha? Which take it upon themselves to regulate people’s identities, to decide what language they should and shouldn’t use, misgendering people. They’re like the bouncers at the club of womanhood. But womanhood in my view is not a club, and misgendering people, you know, that’s not a good or righteous fight. That’s just bullying. It’s bullying people who are being discriminated against because of systemic sex. Wha? Trans women are women because there are many ways to understand and interpret womanhood. Gender dysphoria is real. Identity, you know, it’s an integral aspect of the self. Part of feminism-ing, in my book, is making space for these nuances, it’s making space for all of these experiences regardless of politics. Because at the end of the day, there is no right or wrong way to experience this stuff internally. One of the things that I find myself wondering is if these camps, you know, really have to be at odds with each other.

I’m not saying “oh, we have to get along and see things the same way,” no, but look, we’re all feminists, we all want the same thing, equality. I think that each school needs to give a little, compromise a little bit, so that we can be more effective here. In my opinion, liberal feminists need to give up on the fight to erase sex from the conversation. And the radical feminists need to give up on the, you know, crusade against gender identity.

Trans and gender non-conforming people are also caught in this giant web trying to make sense of everything, trying to just get through the world peacefully and live authentically. They need and deserve support, not shame and exclusion. The world has enough of that already. Mom’s tired. Mom needs a vibrator and a nap. If you’re asking me, there is no unquestionable, universal truth of gender. It does actually depend on the context. In the context of the system: There are only two. But in contexts where it’s more about the individual, there are many ways to experience gender. [Buzz Lightyear]: To infinity, and beyond! [Laci]: See you Thursday!.