Proof that there are more than two genders | Riley J. Dennis

Well, I already know a bunch of people are gonna come to this video just to give it a thumbs down and leave a nasty comment without even watching it – so if you are one of those people, I would challenge you to actually try listening to what I have to say. Basically, non-binary genders are real, but plenty of people out there still believe that they’re not. Someone who has a non-binary gender is neither strictly a binary man or a binary woman – they might be somewhere in between, their gender might be more fluid, or they might reject the concept of gender entirely. Non-binary people fall under the umbrella term trans – which refers to anyone whose gender doesn’t match what they were assigned at birth. So, for example, a woman who was assigned male at birth would be a binary trans woman. But a non-binary person can also be assigned female at birth.

The opposite of this is cis or cisgender, which would be someone who was assigned male at birth and identifies as a man. So when I use the term trans, I mean binary transgender people as well as non-binary people – really anyone who isn’t cis. And people who try to say that this isn’t a legitimate thing are just wrong. One professor in Toronto recently refused to acknowledge any of his non-binary students by their proper names or pronouns.

He said that when people deviate from the norm, they shouldn’t be welcomed with open arms, but “tolerated without too much aggression.” This is a university professor basically saying, “You’re lucky that your gender doesn’t make me aggressive towards you.” Ew. And this guy isn’t the only one. Most people who make response videos to mine can’t seem to resist the temptation to throw in some ad hominem insults towards me, usually saying that my non-binary gender doesn’t exist.

Other non-binary people face discrimination and prejudice every day as they try to navigate their lives in a world that assumes you have to be a man or a woman. Often, the main thing I hear people cite to deny our existence is science. They say that you either have male parts or female parts. As someone who genuinely loves science, it sucks to see people trying to use it to erase the existence of others – especially when there’s plenty of science to suggest the opposite.

So here are the three steps to acknowledging the existence of non-binary people. Step #1: Recognize That Sex and Gender Aren’t the Same Thing Sex is not gender. Gender is not sex. If you can’t accept this basic fact, then we’re never going to agree on anything. Sex is biological and has to do with your anatomy and physiology, though I’ve done an entire video on why this also isn’t a perfect binary, which I’ll link to in the description. Gender, on the other hand, is a socially constructed set of cultural norms. These general definitions are not made-up Tumblr fantasies. You’ll find a similar distinction made by the World Health Organization, the American Psychological Association, the University of Monash, and the Ontario Human Rights Commission, just to name a few organizations.

Even the Merriam Webster dictionary and the Oxford English dictionary say that gender is more about cultural factors than biological ones. And while some people want to believe that sex and gender have the exact same meaning, that understanding is inconsistent both with all the sociological research done today, as well as the origins of the words themselves. Sex came from the Latin sexus, which probably came from seco, which meant to divide. Gender, on the other hand, came from genus, which meant “kind” or “type.” It’s even related to the modern English word genre. Sex was historically used to differentiate between male and female animals, but gender was mostly just used for grammatical purposes. Some modern languages, like German, have masculine, feminine, and neuter genders in their language – while others, like English, don’t have grammatical gender at all. Nothing was ever binary about the word gender, and it wasn’t always used the same as it is today. It wasn’t until the ‘60s and ‘70s that scientists began explicitly differentiating between sex and gender for the purposes of research.

This was no accident – sex and gender describe different experiences and we needed words to talk about those things. The people who study sex and gender recognized this and chose to make a clear distinction. The point is: Sex and gender are different, and we have to accept that to be able to talk about the next part. Step #2: Recognize That It’s Normal for Gender and Assigned Sex Not to “Match” So if we can agree that sex and gender are different, then we should be able to agree that your gender and the sex you were assigned at birth might not “match,” according to what our societal norms would have you believe. 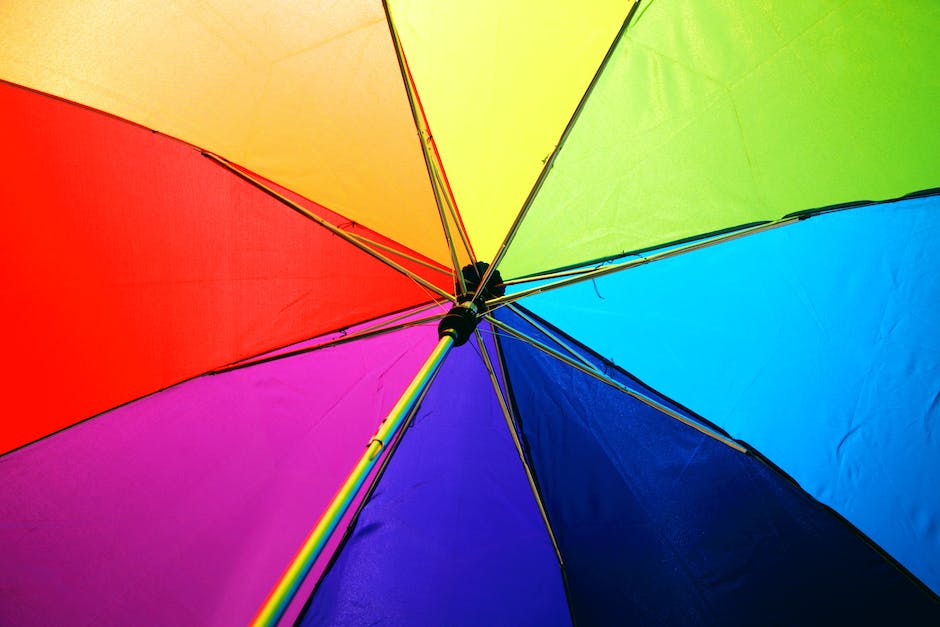 So someone born with a penis could be non-binary, or someone born with a vagina could be a man. There is an infinite set of sexes and an infinite set of genders, and they can combine in any way. There’s nothing innate that would force people to identify with their assigned sex, especially because social and cultural norms for genders vary so widely from culture to culture. It’s estimated that there are about 1.4 million trans people in the US alone, so there’s no denying that there are some people who identify with a gender that is different from their assigned sex. Of course, some people argue that being trans is just a mental illness, which allows them to pretend that trans identities are not valid. But this claim isn’t based on any factual evidence.

One study found that being trans isn’t a mental illness because it doesn’t inherently cause suffering; it’s people’s mistreatment of trans people that causes suffering. Even organizations that do call it a mental illness have begun to change their definitions. Remember, being gay used to be considered a mental illness. It wasn’t until 1973 that the American Psychiatric Association declassified homosexuality as a mental illness, and the same thing happened with Gender Identity Disorder in 2012. The APA now calls it gender dysphoria and treats it more like a variation of human experience, rather than a mental illness. Gender dysphoria is something that a lot of trans people (but not all trans people) experience to various degrees, and it’s basically a feeling of distress or discomfort related to the gender you were assigned at birth. The World Health Organization currently classifies transgender identity as a mental illness because the last edition of their definitions came out in 1990. The next edition is set to come out in 2018, and so far, all of the committees have approved declassifying transgender identity as a mental illness. Some people will refuse to believe this, but they’ll be left in the history textbooks along with the people who thought being gay was unnatural.

Trans identities have been studied, and much of the scientific community agrees that they are not mental illnesses. Step #3: Recognize That People Can Identify Outside of the Binary All right, this last step is admittedly the hardest for a lot of people. I’ve even met binary trans people who deny the existence of non-binary people. But the thing is, if you can recognize that gender is just this arbitrary social construct that’s not based in biology, and you can recognize that people don’t have to identify with the gender they were assigned at birth, then why can’t they identify with a gender that’s not strictly man or woman? There’s no clear biological basis to our made-up social concepts of masculinity and femininity. There’s no hard-and-fast line between our ideas of “men” and “women.” It’s really not that hard to imagine that someone could identify with bits of both or neither.

There are tons of non-binary people out there telling you that we exist and explaining how we feel. I’ve made a video about my personal experience, and I’ll link to several articles in the description about other non-binary people. We’re not hiding. Our stories are out there and we exist. Scientific research on this is limited because non-binary identities have only recently begun gaining visibility, but some sociological and psychological studies have been conducted with non-binary participants. One study published in early 2016 in the International Review of Psychiatry found that “[t]here are a significant number of people who…identify outside of the gender binary. Such non-binary gender identity or expression has been present over time and across different global cultures. […] Non-binary people might appear to be a relatively recent and under-researched phenomenon, but it is likely that some people who previously would have identified as trans…within the gender binary…may have identified outside of the binary if that discourse had been available to them.” Lots of other studies, all of which I’ll link to down below, have interviewed non-binary people and attempted to learn about their lived experiences as a way to help better define this experience for further research.

That’s science! Those are scientific studies! And if you refuse to acknowledge qualitative research, that’s your own anti-science bias. Neuroscientific research even shows that there’s no such thing as a “male” or “female” brain, and our brain biology exists on a spectrum. And if you want the authority of a large organization, the World Health Organization says that different gender identities don’t necessarily fit into binary male or female sex categories. Gender isn’t a static, constant thing that would always develop the same without socialization.

Our concepts of gender change over time and between cultures because it’s literally something invented by (and then performed by) humans. And it doesn’t hurt you or inconvenience you in any way to respect someone else’s self-identification. Once you’ve gone through all of these steps, congratulations! You can now recognize the existence of non-binary people! If you’re still not convinced that non-binary genders are real, I genuinely want to know, what would it take for you to change your mind? This video is a part of a series called “Feminism with Riley” that I’m doing in collaboration with Everyday Feminism, a website dedicated to helping you stand up to and break down everyday oppression.

There will be a link in the description so you can see the previous videos in this series. And if you’re curious about the pronouns that non-binary people sometimes use, I’ve done a video on the singular “they” that you might want to check out. Thanks for watching, and I’ll see you next time!.